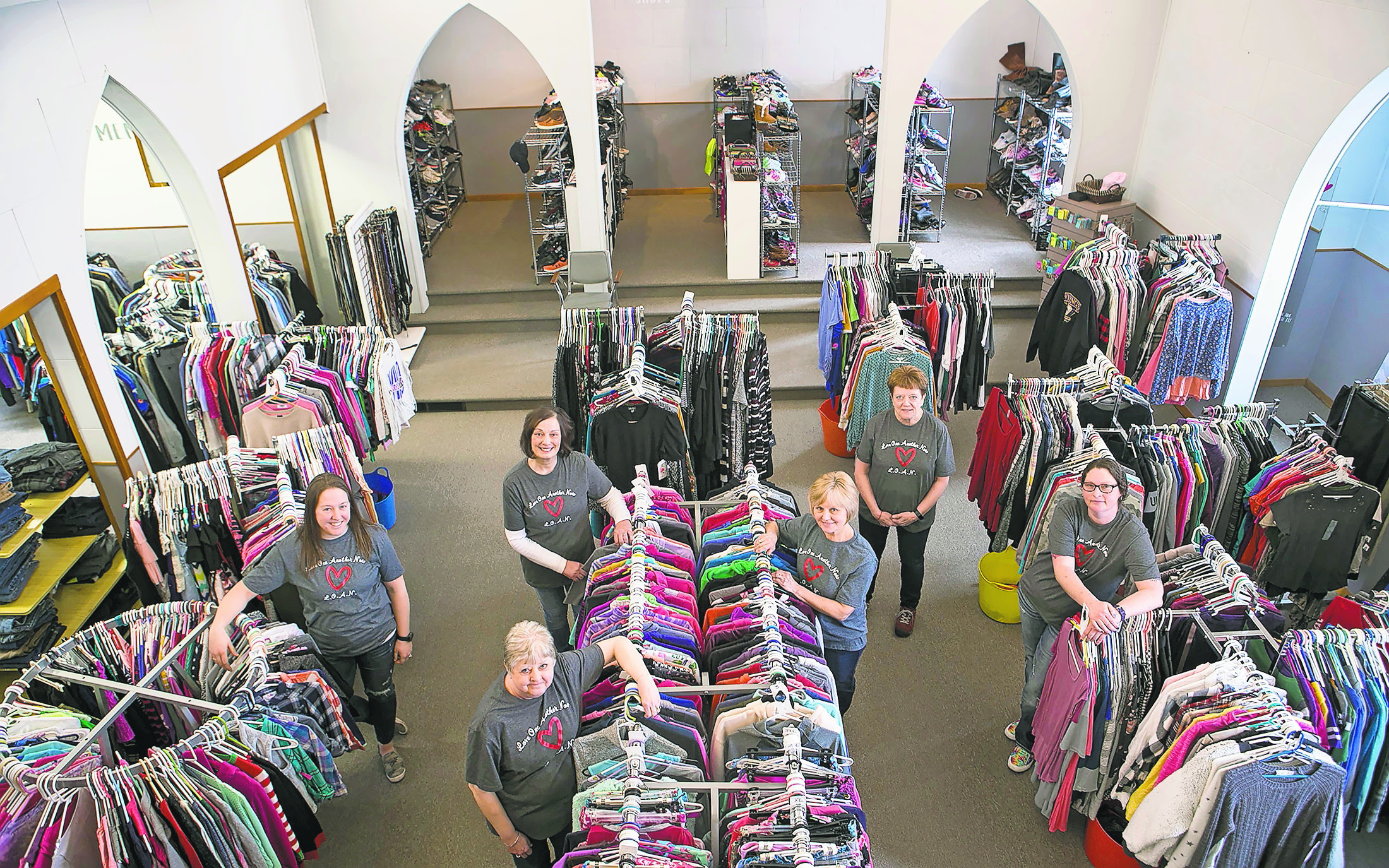 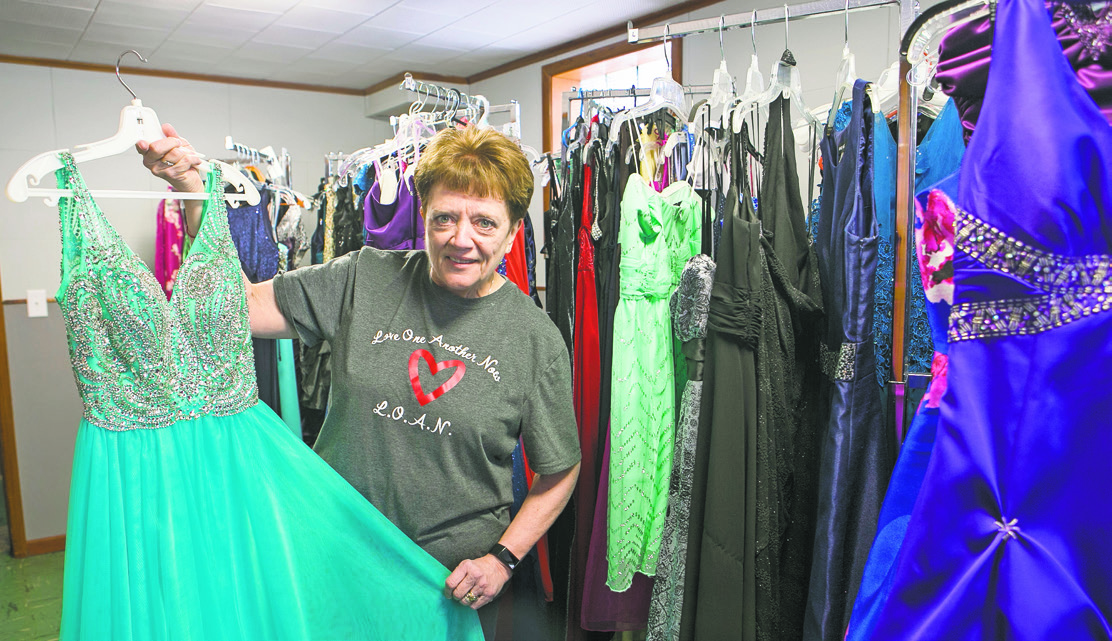 Betty Paton shows one of many prom dresses available at the Love One Another Now store in Cavalier.
PREVIOUS IMAGE

Whether it’s prom dresses, pencils or pants, Pembina County students can get them, at no cost, through a charitable program in Cavalier.

The Love One Another Now program, abbreviated to LOAN, was founded in August 2014 by Lorna Ratchenski to help students in families with financial need.

The program provides clothing, outerwear and school supplies to Pembina County students in grades pre-K through 12, along with three Valley-Edinburg schools. During the spring, many prom dresses also rotate in and out of the LOAN program as people donate them and as girls who need them come into the store.

During the past six and half years, the program has grown from helping about a dozen students to more than 200 .

Ratchenski, who farms with her husband, Wayne, near Cavalier, started the program after praying about, and searching for, ways she could help youth in the community, she said. She decided to provide clothing and school supplies, at no cost, to students during a threeweek period before school started in 2014. With the help of friends, family and members of Ratchenski’s church, 21 Pembina County children were outfitted with clothing and school supplies.
“In the fall of 2015, I thought ‘It’s worth doing again,’” Ratchenski said. During a five-week period before school started, 68 children received clothing and supplies.

In November 2015, a teacher told Ratchenski there was a great need throughout the school year for what she and the volunteers were doing, and gave them a list of 53 students whose families needed clothing and school supplies. The cost of the items, $972, was covered by a timely and unsolicited $1,000 donation to Ratchenski from United Lutheran Church in Cavalier.

“That was our first official donation to the program,” Ratchenski said.

As word about the work of the volunteers spread, donations to the program and requests for help increased. In 2016, Ratchenski formed a nonprofit program, underwritten by Cavalier Baptist Church.

A board made up of Ratchenski and eight other women, who live across Pembina County, oversee LOAN.

The board operated the program out of the basement of a Cavalier store for a few years. In November 2020, Wayne Ratchenski bought the former First United Methodist Church in Cavalier for his wife, and LOAN moved to the location on First Avenue South.

Clothing, winter outerwear, school supplies, underwear and prom dresses are separated by type in rooms throughout the church. Every student who comes to LOAN receives items that include shirts, blue jeans and a dress outfit.

They also are outfitted with a backpack and school supplies, winter gear and gym clothes.

Pembina County and Valley-Edinburg teachers who notice a student needs school supplies or clothing contact the LOAN program and a volunteer delivers it to the school. If several items are needed, the student makes an appointment to come to the LOAN building and picks them out.

Dressing rooms are spread throughout the store so students can be sure the items fit well.

“Every item you see is donated by people all over the county, or purchased with money that has been donated,” Ratchenski said during a tour of the LOAN program store.

“We are the best clearance shoppers you’ve ever seen,” said Betty Paton, a LOAN program board member.

For many of the students, the clothing they receive from the LOAN program is the first they’ve had that has not been handed down several times between family members. Witnessing the thrill of the children choosing items is heartwarming, volunteers said.

“The reason it means so much to me is because when I was growing up, I was one of those kids needing things,” Paton said.

The need for the LOAN program continues to grow as families in the county struggle financially, Ratchenski said.

“I had a grandmother who was choosing between school supplies and medicine she needed for herself,” she said. “When she heard about the LOAN program, she could get both.”

Board volunteers get as much out of the program as they give to others, they said.

“For us, it feels like a privilege and honor to help these families,” Ratchenski siad.