You can hear a lot by listening 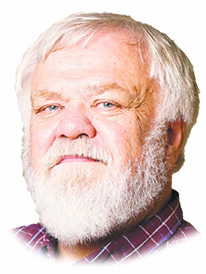 It’s one of the simplest, greatest expressions of love, the ability to listen to someone actively, without judging or needing to respond immediately.

I’ve been spending time, precious time, with people I love, and I find that one of the attributes that makes me inclined to love and treasure them is their ability to listen. You see it in their eyes. They hear you. They may not agree with everything you say. When it is their turn, they may dispute or question some of what you said.

But they will wait their turn.

I have been with other people lately who do not know how to listen.

Again, you see it in their eyes. They want you to stop talking so they can talk. Or more likely they just begin to talk, stepping on your words, your sentences.

Once recently, trying to explain something important, something that mattered to me, I saw words forming in this man’s eyes even before I had made a point. This was maybe the fourth straight sentence of mine he had halved or quartered or simply brushed aside. I wanted to reach across and slap him and say, “Don’t talk now.

It’s so painful because I know that so many times I have been the one who should have stayed quiet and listened. But I didn’t because I thought I had a better point, a truer argument, a more relevant and insightful example. It happened with editors, with friends, with girlfriends, with children.

Sometimes alcohol was the inhibiting factor, but more often it was arrogance, stubbornness, a petulant pride. The unwillingness to “lose” an argument or compromise a point.

The inability to listen.

It isn’t easy. Listening should be more active than passive. Yogi Berra understood, I think.

The Yankees great is credited with saying, “You can observe a lot by watching,” and I’m pretty sure he would also say, “You can hear a lot by listening.”

It feels sometimes that I have spent half my adult life listening to public officials, politicians, business leaders and others who love the sound of their own voices. They fall into ruts, speaking set pieces from memory.

They don’t hear anyone else because they’re not listening. How many times have I tried to reach into my TV set recently, grab one of the Fox or MSNBC talking heads by the hair and shout, “Stop talking!”

I see it in students, too.

Young people who are searching, exploring, wanting to understand, but afraid they will be dismissed if they are not assertive, so sure of themselves and long-winded. Or the opposite: They so fear being held wrong, politically “correct” that they offer nothing, another form of not listening.

I used to put together something I called cross training for journalists. I would bring into the newsroom a homicide detective, an FBI agent, a social worker, someone who works in child protection, and ask them to talk about their work. Their work was to ask questions, listen to how people responded and seek to verify the information. It was easy watching those panels to see who likely were the best professionals: the ones who knew how to listen.

And as a journalist, when asked to reach out to people who were reeling from the worst experience of their lives – the loss of a child to war or murder or terrible accident – it wasn’t an ability to browbeat or harass or manipulate grief that I relied on. Through a pastor or funeral director, a close neighbor or family friend, I’d send word: If you’d care to talk, I’ll listen.

In happy or hopeful situations, too, people know the thrill of being heard, maybe for the first time. Ernie Pyle, my World War II era storytelling hero, said that he wanted to help ordinary people tell their stories in a way they never would have thought themselves capable.

Don’t interrupt. Don’t feel you have to finish sentences for people. It’s not live TV, and it can be tough for people to find the right words, especially if they’re not used to people listening to them.

You need to be curious.

I once sat for hours listening to a man talk about his son, a teenager killed in Iraq. The man could speak only with the aid of a medical device that made the words come mechanically, tinny, artificially, as he described a cross country drive with his boy, home on leave just months before. But I knew I was listening because I don’t know that I’ve ever heard such anguish.

Chuck Haga had a long career at the Grand Forks Herald and the Minneapolis Star Tribune before retiring in 2013. He can be contacted at crhaga@gmail.com.